Balancing spatial heterogeneity and migration to slow the evolution of resistance in a bacterial pathogen
12:00 pm to 1:00 pm

Spatial heterogeneity can dramatically impact evolution in bacterial communities, raising the question of whether spatial profiles of drug concentration can be tuned to slow the emergence of antibiotic resistance. In this work, we combine lab evolution experiments in spatially connected, computer-controlled chemostats with mathematical models to investigate resistance evolution in E. faecalis, an opportunistic bacterial pathogen.

Smith Lecture: Thermodynamics and the Microbial Colonization of Earth’s Suburface
3:30 pm to 4:30 pm 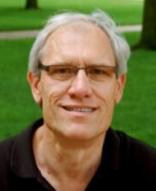 Geoscientists appreciate, if only from undergraduate textbooks, that functional groups of microbes in Earth’s subsurface arrange themselves into zones according to an energetic hierarchy, or a “thermodynamic ladder.” According to the theory of competitive exclusion, the functional group that derives the most chemical energy from its environment outcompetes other groups there, coming to overtake its habitat. We might observe sediments near an aquifer’s recharge populated by aerobes, followed downgradient by zones hosting iron-reducing bacteria, sulfate-reducers, and finally methanogens.

The Role of the Gut Microbiome in Pancreatic Adenocarcinoma
4:00 pm 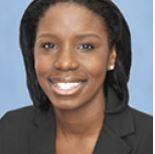